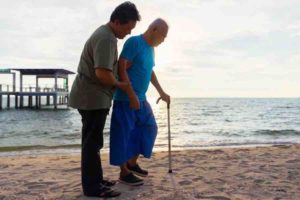 More than 10 million people worldwide suffer from Parkinson’s disease. Gait disorders such as the occurrence of “freeze of gait” blockades often lead to sudden falls. In many cases, this means further injuries for patients, as falls often lead to serious fractures (broken bones).

It has been clinically proven that Parkinson’s patients can alleviate these motor difficulties by means of external stimuli – so-called “cue signs”. Not only the freezing of the gait can be treated by “cueing”. In a single-blind study by Marchese R et al. a group (n = 20) that used cues was compared with a control group that received conventional physiotherapy. At the end of the therapy program, positive motor improvements could only be seen in the group treated with external cues. (1)

The company Charco Neurotech (UK) aims to use external stimuli to improve the quality of life of people with Parkinson’s.

Their medical technology product “CUE1” is worn on the body by people with Parkinson’s and uses vibratory stimulation to alleviate motor difficulties. The innovative device can optionally be connected to an app, which provides helpful recommendations such as alerting patients to their prescribed medication time.

Learning more through stapp one research!

The stapp one sensor soles contain a wide range of advanced sensor technology. The combination of pressure sensors, acceleration sensors, magnetometer and gyroscope provide valuable information, which can be easily recorded and evaluated by the research software. Charco Neurotech uses stapp one to learn more about the movement patterns of people with Parkinson’s, to perform gait analysis and to test their CUE1 using live biofeedback.

In the initial gait analysis done with stapp one, promising findings were discovered. Evidence from literature indicates that two variables, the maximum pressure at the heel and the double support time (the proportion of time that both feet are on the ground while walking), are significantly different for gait-disturbed Parkinson’s people compared to healthy individuals [2] [3]. Initial measurements found using stappone have shown promising cross-subject improvements in both variables whilst using the CUE1 device, hence providing objective support to the notion that the device is improving gait-related symptoms in people with Parkinson’s. In order to gather further scientific findings from patients everyday living clinical trials are planned in partnership with stapp one.

With innovative solutions like those of Charco Neurotech & stapp one, combined with patient-oriented treatment by experts, the life quality of people suffering from Parkinson’s can be made safer and improved! 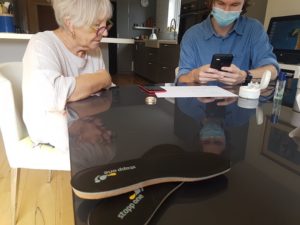 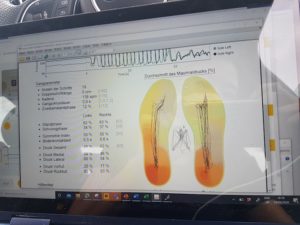 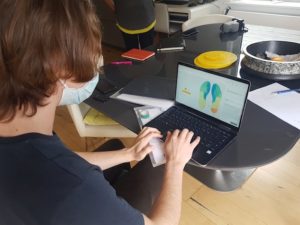