Does it need a crisis to create a telemedicine breakthrough? 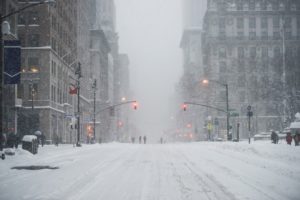 We can always learn from history: New ideas and solutions are often not conceivable under “normal circumstances”. They say: “Necessity is the mother of invention.” But sometimes the inventions are already there in “necessity” and it is only at this stage that we realize how useful they can be.

The corona pandemic also shows us many things, including how important telemedicine can be for a society. It is now being implemented in record time, something that seemed unthinkable to many. So, let us learn from the past and look optimistically to the future.

Luther Simjian, an American inventor and businessman, had great difficulties in the beginning to find investors for his bankograph machine, which is the predecessor of the modern ATM. In 1960, he was able to convince the New York City Bank to buy some of his machines. In 1977, Citibank New York invested over $100 million at great risk and installed ATMs throughout the city. This investment paid off in full one year later.

In January 1978, a heavy snowstorm paralysed New York and banks had to close for days. During this time, ATMs were used 20% more often. Only after this event did other banks follow the example of Citibank New York. It was only through this crisis that ATMs were accepted by the general population. Nowadays, ATMs have become an indispensable part of our daily lives.¹

Telemedicine is starting to “boom”

Because of the Corona crisis, telemedicine is also experiencing social acceptance.  “Physical Distancing” became part of everyday life and within a few weeks it became a matter of course to work with video conferencing. In Germany, for example, the digital midwife platform Kinderheldin has established itself. Midwives can continue to accompany women’s birth from home through this channel.